So far we've looked at queries restricted to a single table. As we saw in the introductory section, the real power of a database (as compared to a spreadsheet) is in being able to combine tables. We do this with the JOIN clause.

Joining tables works by finding shared values (keys) in two tables. If a post was created by a user with ID 9753, we can find the user in the Users table with an ID of 9753. This allows us to display the name of the user (which comes from the Users table) as part of the results of a query on the Posts table:

If you're new to SQL, the best way to read this statement is from the inside out. The logic is:

This query produces results in an unspecified order: 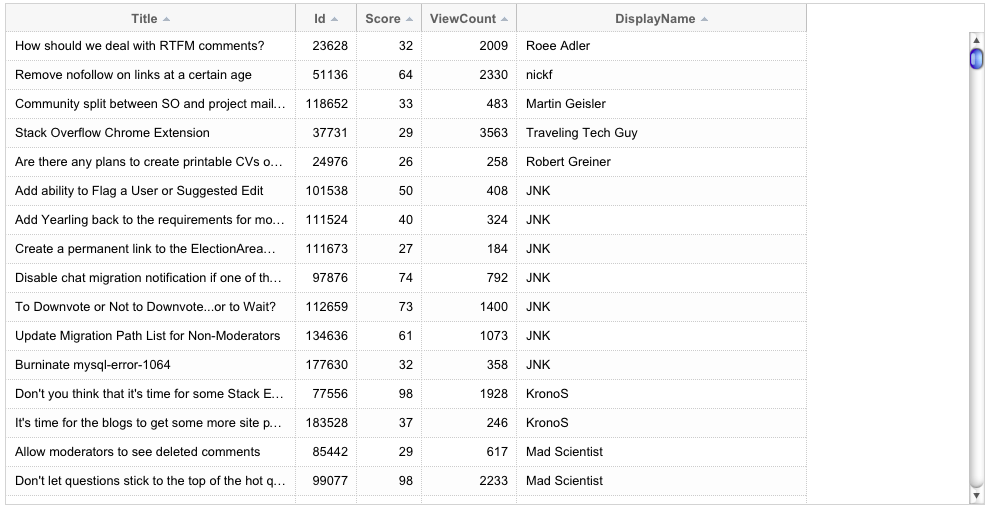 We can use any column in either of the joined tables to control the ordering. It doesn't need to be one of the columns listed in the SELECT statement. For the purpose of illustration, we'll use user reputation, starting with the highest, to sort the results. This also has the effect of grouping all questions from the same author together. We add the ORDER BY clause to the previous query:

See how that changes the results.

(If you wanted the lowest-reputation user first, you would replace DESC (descending) with ASC (ascending) in the ORDER BY clause.)

JOINs are not limited to two tables. They also aren't limited to different tables. Consider the Posts table, which contains both questions and answers (among other things). Suppose you want to access a question and its accepted answer? You can do that by joining Posts to Posts:

Yes, that's a four-way JOIN. For each post (that is a question), we find its accepted answer (if that is not null). The answer, being a post, has an ID. We can therefore join a question to its answer: JOIN Posts a ON p.AcceptedAnswerId = a.Id.

The JOIN of the (question) post to its user is unchanged. We need a separate JOIN to do the same for the answering user, because answers are in a, not p, even though they are both references to the Posts table.

Notice that with all the extra posts and users involved in this query, we've used AS clauses in the SELECT to specify more meaningful column headers: 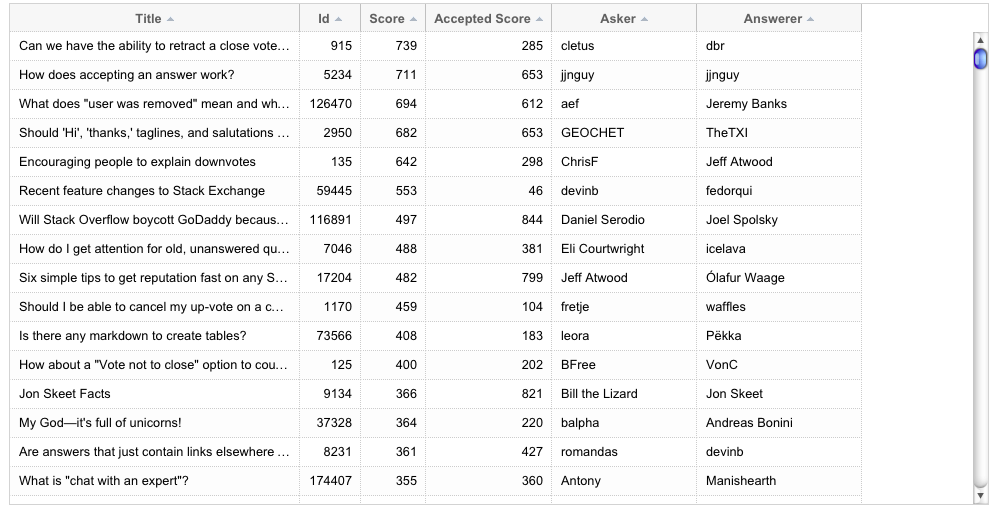